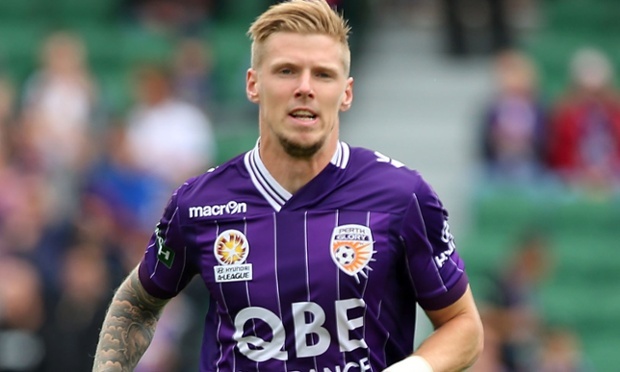 Do we finally have to admit that Perth Glory are a good side? It seems an odd question to ask of the team leading the league by 4 points at the mid-point of the season, but if you put any faith in betting markets, ‘the people’ still don’t think they are real contenders!

It is easy to understand why people don’t want to accept Perth as a serious contender. Whilst they may have been a powerhouse club in the NSL, the A-League hasn’t been kind to them. They are the only foundation club without a significant trophy that is still playing. They have only made the Finals 3 times in the 9 year A-League history and have only finished above 5th once*

Heading into this season you could easily be forgiven for writing them off.  They had splashed cash to bring in successful players from other clubs. They had handed a former Assistant Manager the reins and hoped for the best. They had filled out the squad with journeyman A-League players. You know, the standard Perth Glory drill that sees them finish just outside the top 6 most years.

But just to show how close failure and success really are, they got one simple element right for this season and it has changed everything. They got their imports right. To call Nebojša Marinković a journeyman would be an understatement. But his role in Perth’s rise this season has been fundamental. Much the same could be said about Irish striker Andy Keogh who finally filled the goal scoring void that the Glory had hoped to get from Shane Smeltz.

But really, it is more than that. Kenny Lowe seems to be the first manager that has been able to convince the one group of people that have had the hardest trouble believing in the Glory – the Perth players themselves.

Being far removed from media speculation on the other side of the country, has helped the club in some ways, as they have been given more time to try and develop players with less scrutiny on poor performances (though they have rarely had a coach capable of doing so), but it has also hurt them in that many experienced professionals on good money have taken the opportunity to have a bit of a holiday.

After a strong opening in the first two rounds, things looked to be going as expected when Adelaide United comfortably took care of Perth at Coopers Stadium and the honeymoon period of the new season appeared to be over. Luckily for the Glory, their next two games were against a couple of awful sides in Newcastle and Central Coast. The old Perth may have grabbed a draw or two here, but this side didn’t have their belief shaken by the loss to Adelaide and came out of that with 2 wins having them on 12 points after 5 rounds.

A good start, no doubt, but the knockers were out in force. “They’ve only played one decent team, and they lost!” is what I said. The Wanderers had started really poorly but we all thought it was just a matter of time before they turned it around, and if that was going to happen, it would likely be against Perth. But their Round 6 match came and went, and Perth had another win while the Wanderers had another loss. So of course this meant that the Wanderers were in dire straits and obviously Perth still hadn’t played anyone of consequence.

Next up was a rematch of round one against Wellington, which the Glory again won and nobody could understand why Perth had such a soft draw to start the season**, especially since they were playing the free falling Brisbane Roar the following week – a game which saw them get their first draw of the season.

But Round 9 was the one that would see them face a real test of their credentials. The undefeated (at the time) Sydney FC – in Sydney. So of course when yet another win was added to the tally for Perth, it didn’t help their cause, it only made people begin to (rightly in hindsight) question Sydney’s credentials.

A few more easy games against the lower teams (Jets, Mariners and City) saw 2 wins and a draw, and the Perth lead at the top of the table extended even further. The real test was about to come though. The title favourites Melbourne Victory were due for their first meeting the Permiership leaders in Round 13. This was the match that all the doubters were waiting for to put Perth back in their place.

Only it didn’t happen. The Glory were glorious in their victory over the Victory. But is this enough to convince people they are a genuine title contender? Of course they played on Monday night against another title contender in Adelaide United, and lost to them again. Does this mean that they are not a great side, or just that United seem to have the wood on them this year (given that they also won the FFA Cup Final against them)? No. Their only 3 losses this season – in all competitions – have come against one side, and that tells me that it is just a matchup issue. One that has plenty of time to be worked out.

Look, I am not here to declare that Perth are certainties for the Grand Final. This middle section of the season has them up against Sydney, Victory and Adelaide in the first three games after the Asian Cup break, and that may ultimately decide where they finish. But you don’t get this far into a season with the number of wins that Perth have, without having a quality football team. Can they go all the way? Only time will tell, but they need to start being put in the conversation.

*That one time – when they finished 3rd – saw them make the grand final and be robbed by a Besart Berisha dive that fooled the referees. The league has had shit referees since day dot.

**In reality they had already played the top two sides from last year, but they were both playing terribly, so it didn’t seem like a tough draw.