I want to start this by saying that I’m not much of a gambler.
I don’t play the pokies, I don’t bet on horses unless it’s Melbourne Cup Day and my few forays into sports gambling have been average at best.

That said, I’m starting something here as a bit of an experiment to see how much money I would win* if I had $10 to bet each week on the 5 A-League games.

I can use that money however I see fit, that is it doesn’t have to mean a $2 bet on each game, but I’m using the idea of a minimum bet of $1 and I have to place some sort of bet on every game.

The caveat is that if*** my total kitty at the end of a weekend is under $50, I lose and the game finishes.

So getting on with it –

There’s no point messing around here, either the TAB knows something I don’t or they’ve got Zeljko Kalac setting the odds. In spite of encouraging home form last season, Sydney FC have been inconceivably awful during pre-season, and that was before Anthony Crea inflicted the team with an injury list that would make Harry Kewell blush 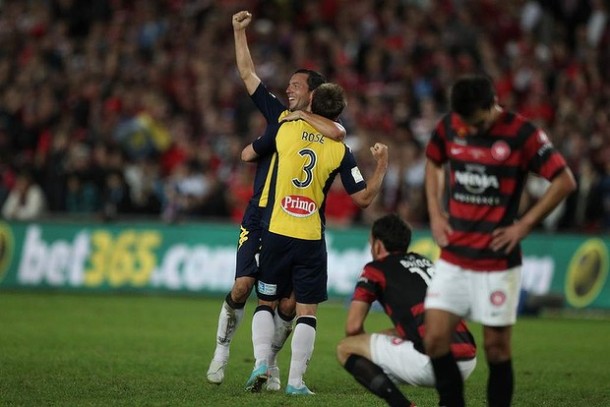 I truly have no idea what is going to happen here, but I do have a feeling that after embarrassing themselves in the first free to air A-League game of the year, Sydney are going to have some salt rubbed in their wound when former Sydney nobody Brendan Santalab scores, so I’ll put a dollar in him to be first goal scorer (at $8.50)

After a full off season to rub his smarmy faced style all over the Victory players faces, I think they’ll be a decent side this year, but their biggest weakness is still going to be their defence. On top of that, Heart lost their marquee defender and look to be still getting used to each other on the park, which is going to make for at least 4 goals in this game for mine. So I’m going for $1 on the Over 3.5 Goals to be scored in this match (at $2.80)

The Roar have been on fire this pre-season, scoring goals at will, while Wellington literally signed 4 players just this week. I’m actually not kidding at all. 4 players. This week. I’m going for Brisbane in the Half/Full Time double (at $3.85)

I’ve not seen or heard much at all about Perth this off season, but for the first time in a long time, they appear to be going into a season with a manager that has seen a football before in his life. But on the other hand I’ve heard nothing but positive reviews of Adelaide under their new coach. So my final dollar will go on Adelaide to win (at $2.30)

*That is, how much money I will almost certainly lose

One thought on “A League Picks – Round 1”